10-episode season 1 premiered from November 8, 2019, to January 10, 2020. It attracted millions of viewers, especially teenagers, as they can relate to the show. Consequently, the show renewed for the second helping, and 12-episode season 2 aired from May 14, 2021, to July 30, 2021. The series received positive reviews from the critics as well. It scored an IMDB rating of 7.3 out of 10 and an aggregate rating of 7.38 out of 10 on rotten tomatoes.

The series has been nominated for numerous prestigious awards in 2020 and 2021 as well. Out of those, it won a GLAAD Media Award in 2020 for Outstanding Kids & Family Programming.

After the massive success of both seasons, let’s find what showrunners have thought about its future. Without wasting much time, let’s delve into the details of High School Musical: The Musical: The Series return for season 3

Disney+ has not officially confirmed High School Musical: The Musical: The Series season 3. But, don’t be upset, folks! Season 2 ended just one week ago. So, Disney+ may take a while to renew the series for the third installment. But, Olivia Rodrigo’s statement has indicated the surety of HSMTMTS season 3. In an interview with The Guardian, she said she is committed to the show for two more years. Her statement shows that the showrunners have already had plans not only for season 3 but also for more seasons. 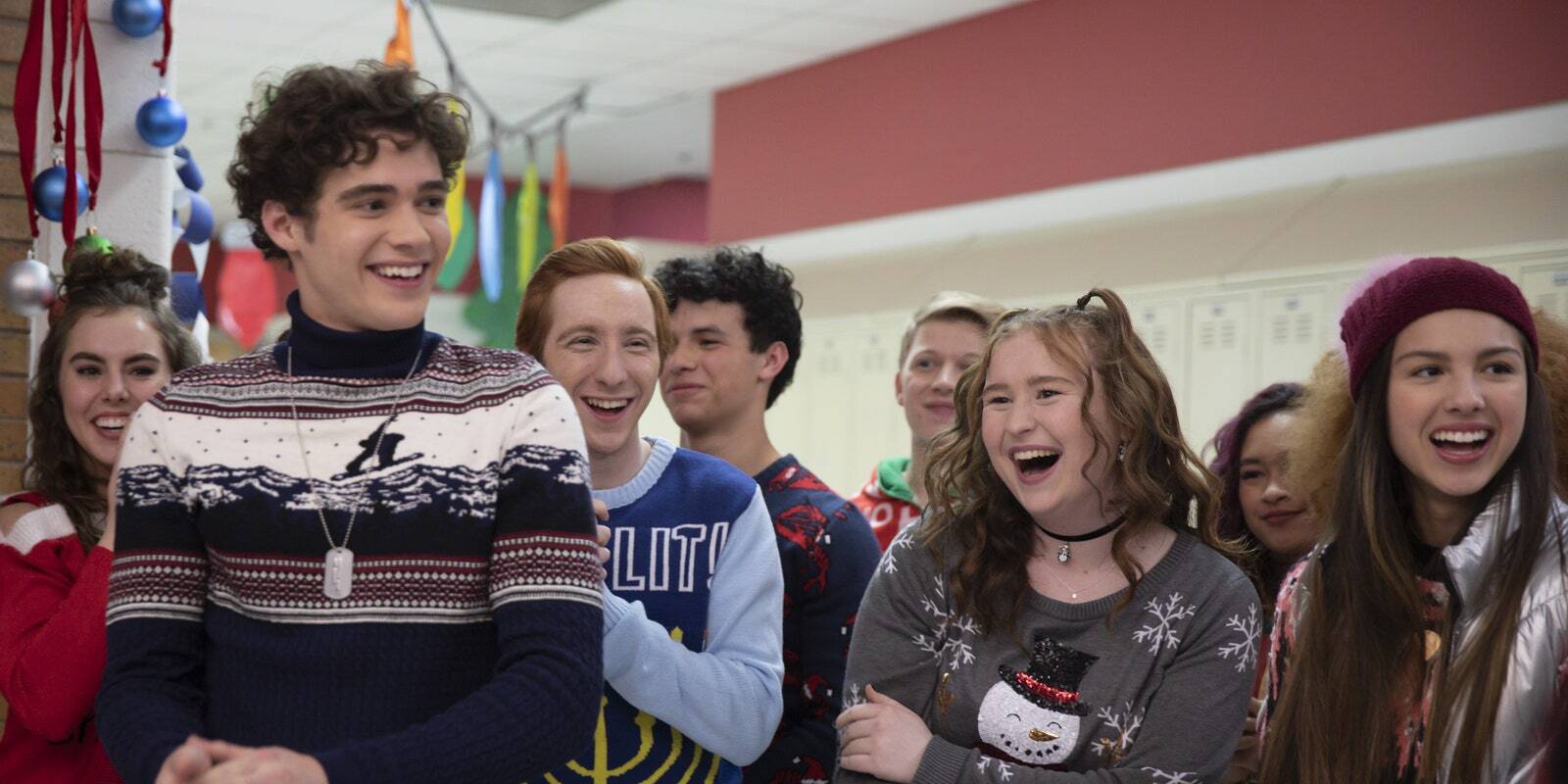 Well, we will inform you once we get the official confirmation.

As stated above, Disney+ has not renewed the series for the third installment yet. So, it is improbable to guess the premier date of HSMTMTS season 3. However, according to the release history of the show, I expect the show will not arrive before the end of 2022. But, season 2 got delayed due to the global pandemic of coronavirus. We hope that it will not happen again. So, if everything goes well, we guess that HSMTMTS season 3 will premiere before mid-2022.

Well, when the school resumes, we will see the following characters-

There is lots of buzz around the internet over the return of Olivia Rodrigo as Nini in season 3 due to her rising career outside the show. As we all are aware of her rising career as a pop star. The chances of her presence in HSMTMTS season 3 seem low. However, the statement given by Olivia to The Guardian indicates the contrary. In May 2021, she told the platform that she committed to the HSMTMTS  d for the next two years.

But, Tim Federle, the creator of the show, told Hollywood, reporter-

Look, I have so much respect for Olivia as a songwriter and as a human and what her dreams are. I love High School Musical with Olivia. I think Olivia is a massive part of our success but, I think Season 3 is sort of a TBD in terms of where Nini’s journey would go.”

Tim Federle, the showrunner, has given clues to the fans about the expected plot of season 3. When a Hollywood reporter asked about plans for season 3, he stated that he would like to start the show where it had left as it is the nature of streaming tv today. He further mentioned that he had more ideas for season 3 but did not disclose what those ideas are.

Well, as he said, season 3 will begin from where season 2 ended.

The finale of season 2 was shocking. The Wildcats picked not to compete at the Menkes, and Miss Jen has supported them. Further, Benjamin told Miss Jen that he chooses not to live with her to take their relationship forward. On the other hand, Gina and EJ realized their mistake and kissed for the first time in the final episode. Though their kiss was not explicit, it seems that they kissed at the last moment.

Nini’s life seems about to change at the finale as Gina’s brother, Jamie, offered Nini to work with him for music production. Well, there are chances that Nini will grab the opportunity. Will she? What do you think, guys?

But, what will happen to Rick now?  He has called the girl named Lily, who wrecked his performance in the beauty and the beast. Will Rick commence the new relationship with Lily?

Well, a lot to come in season 3. So stay tuned, Folks, for further updates.

The showrunners have not shown the green flag to HSMTMTS Season 3. So, it is difficult to predict the exact date of the premiere of the trailer. Well, we will update here once the trailer arrives. Till then, enjoy the most memorable moments for the series here.

The first two seasons premiered on Disney+. Season 3 will premiere on the same as well.