Now the wait is over, The L Word: Generation Q Season 2 is back with much more drama… this August will get the next dose of the show.

It is great news for the drama fans that we will get the show again this August, after a long wait. The new teaser trailer that was dropped by the network confirmed the release date of The L Word: Generation Q Season 2.

The L Word: Generation Q is an American drama television series that is a sequel series to The L Word released on Showtime from 2004 to 2009. The L Word: Generation Q is produced by Showtime that aired on December 8, 2019, created by Ilene Chaiken, Kathy Greenberg, and  Michele Abbott. The story revolves around Los Angeles, which are diverse LGBTQ+ characters exploring love, heartbreak, sex, personal growth success, and more.

The show got much popularity among peers, which led to 7.4 ratings on IMDb. After season 1 concluded airing, it’s the last episode, the demand for the next season came into the picture. As a result,  the network decided to renew the season. In January 2020, according to Showtime, the renewal of the series for a second season was scheduled to premiere this August. The teaser for the show’s second season is out. Let’s dig the more details from that-

Season 2 was already confirmed last year by the network. But speculations were there regarding the release dates. The first season premiered on December 8, 2019, followed by 8 episodes. Now, we have season 2 on the list of the upcoming shows.

The show is following a bit of an unusual release of the season. Season 2 will premiere on Friday, August 6, 2021, on streaming and on-demand for Showtime subscribers. After two days, it will air on Sunday on August 8, on the actual Showtime cable channel, and yes, there is an advantage for Showtime subscribers. They can stream episodes every Friday through October 8. ShowTime viewers will wrap up the season on October 11. That would be the concluding episode. For the rest, the release schedule is a bit different. The episodes of the season will premiere on weekly Sundays. However, fans are delighted that they are getting the season back. 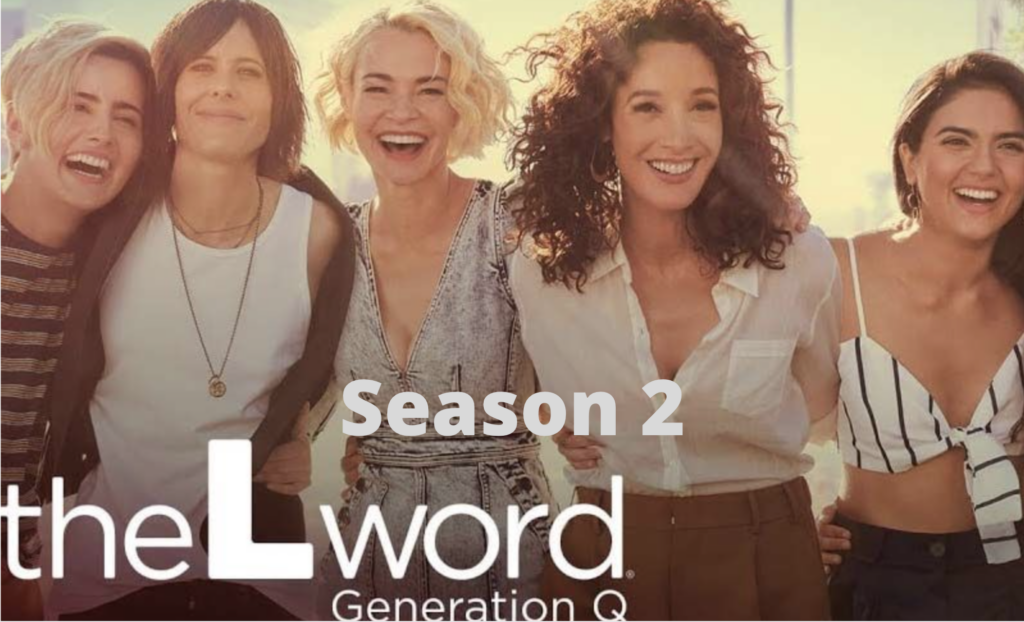 Who will be in the cast of The L Word: Generation Q Season 2?

There is season renewal, and now we have the teaser trailer also. We will be getting the same cast back as predicted.

We could also have some recurring characters like Jose, Tess, Rodolfo Nunez, Pierce Williams, Natalie Bailey, and many more to enhance the storyline.

What will be the story of The L Word: Generation Q Season 2?

The teaser trailer is already in. It looks like Season 2 will be filled with all sorts of drama and intrigue. The trailer gives us a glimpse of different storylines, and each one is much more exciting than before.

The first season ended with Dani asking Sophie to elope with her, where Sophie replied in affirmative, but later she is hooking up with Finley. Now the question is, what’s going to happen between Dani, Finley, and Sophie? At the end of the season, we saw three at the same place, i.e., airport, and now we finally get to know who she finally chooses.

We also see Gigi kissing Bette in the trailer, Bette lost her election for mayor’s post in Los Angeles, and her ex is getting married. So the story will portray her relationship as well, or whether she would end up as single?

The story of these teen queers will again revolve around love, sex, and heartbreaks in an intrigued manner. Whatever the scenario, we will love watching the series packed with dramatic relationships.

We finally got the teaser trailer of The L Word: Generation Q Season 2. ShowTime dropped the teaser, which confirmed the release date and projected that the show would take much more exciting turns in the upcoming season.

It indicated that the drama would continue to the next level of entertainment. If you have not watched the trailer, you can check it out here and enjoy the dramatic plot on its release.