What will be the future of Manifest season 4, as Netflix also opted to pass on Manifest.

We know that the series is canceled after the third season by NBC. Still, the popularity among the fans and there was hope that Netflix involvement could take this supernatural dramatic plot to the next level. But things didn’t work as it was assumed. Let’s catch the latest updates of our favorite show.

Manifest premiered on Sep 24, 2018, which revolves around the story of supernatural incidents where a plane with passengers and crew reappears after their presumed death, followed by a five-year mystery. This plot sets a perfect stage for the mystery, which is appreciated by the audience. Followed by season 3, its third installment premiered on April,1,2021. NBC that broadcasted the series canceled the fourth part.

There is no doubt that Jeff Rake is looking for every possible effort to save the sequel; according to a resource, he also had words with Netflix- but we have an update on this.

There was a hope that Netflix would save the series, but as per the sources, Netflix also decided to pass on the series.

Jeff Rake had enough ideas to contribute in the fourth season, but this unfortunate problem led the audience into confusion about the renewal of the series. Let’s check the probabilities of Manifest Season 4 renewal. Will we get the chance to dive more into the mystery of plane disappearance. We have compiled some news. Let’s have a look.

Release Date- Is Manifest season 4 possible or not?

Manifest Season 4 is not renewed till now, but there are probable chances that the plane mystery could not take its flight to the next season. Fans always appreciated the show because of the cliffhangers involved, which lead to curiosity for the upcoming plot. Season 3 of Manifest was broadcast in the US by NBC. After that, it was canceled.

Despite the broadcasting issues, the creator is working on all the possible tries as he already has ideas for season 4 and more. We know that Jeff Rake has planned the story’s ending till the sixth season, So the story has enough sources to continue. Moreover, the cast would also like to continue with more seasons. 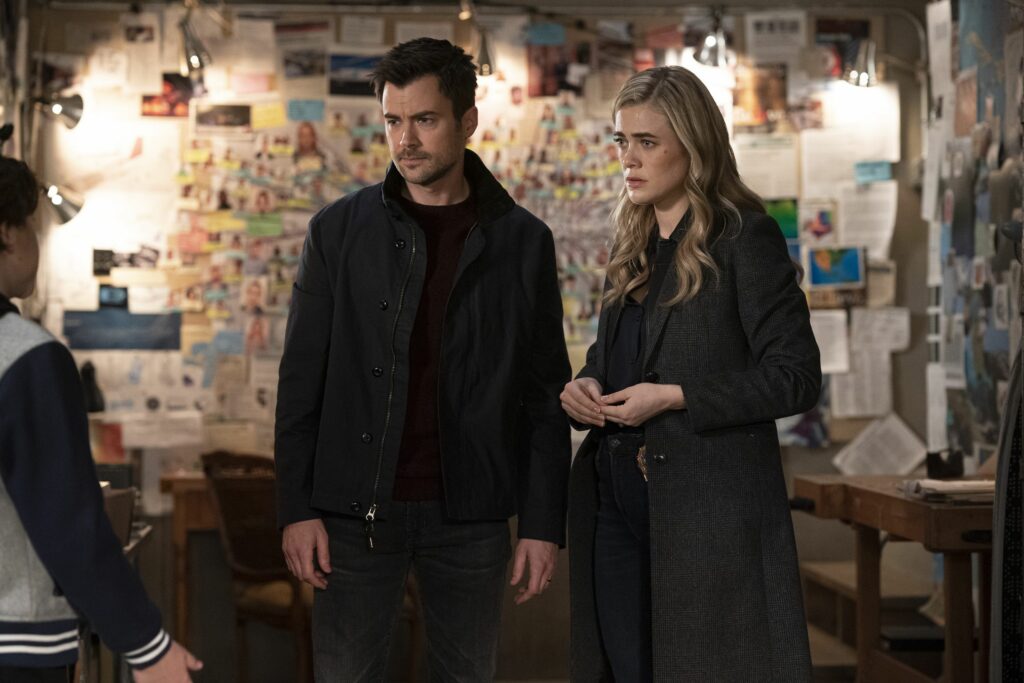 Updates on the show-

Earlier, there were hopes that Netflix would save the series as there was news that  Jeff had words with Netflix to get the new house for the show after it got canceled by NBC. Now that ray of hope for the show’s renewal seems pretty less, As Netflix also decided not to continue with the show. As per some sources, it was said that NBC and Netflix agree that Manifest is left with three seasons only.

After this, the way to season 4 got pretty much difficult, but Jeff decided not to give up on this hit series.

Manifesters! Your support is awe-inspiring. We are trying to find a way to conclude the series. It could take a week, a month, a year. But we are not giving up. You deserve an end to the story.

Keep the conversation alive. If it works out, it’s because of you#SaveManifest.

Earlier, there was a campaign named #SaveManifest- in which Rake thanked the audience and hinted at the show’s renewal.

Who will be in the cast if it happens?

There is no information about the cast for the next season, as it is not renewed yet. But if we look for the possibilities, there are high chances that the familiar characters will surely have a comeback. We could also get some new faces as the creator plans to stretch the story to 6 seasons. So it is safe to assume that we will have a mix of old and new characters if the season gets renewed.

What would be the storyline for the next season?

We already know that makers have plans for six seasons, but the show got canceled in the middle because of low revenue response, which decreased steadily after season 1. The series is not renewed for the next part, and now the way is too tough, so it is too early to predict its future story.

The story of Montego Air Flight, if continued, will take several twists and turns and will unfold the deeper mysteries, which will take our excitement to the next level.

As there is no confirmation of the sequel until filming is not done. Even no trailer for Manifest season 4 has been released. We expect that if season four comes in the queue, we will have a trailer closer to its premiere date.

Right now, we can enjoy watching its third installment of this mystery drama’s future.
Fans are optimistic because of Jeff’s continuous efforts. Let’s wait for some time to see whether this mystery story lands to the next phase or not! —Keep exploring more updates with us -Stay Tuned.