The Emmy Award-winning black comedy satire is ready to arrive soon, as the teaser trailer is already in. Here is all you need to know about Succession Season 3, including the British Academy Television Award for Best International Programme – Drama, and[7] Cox received the Golden Globe Award for Best Actor – Television Series Drama. At the same time, Strong won the Primetime Emmy Award for Outstanding Lead Actor in a Drama Series.

An American satirical comedy-drama television series, Succession is coming back with the third installment. This show, created by Jesse Armstrong, premiered first on  HBO on June 3, 2018, and now the revival of the story delighted the fans.

The story revolves around the dysfunctional owners of Waystar Royko, the Roy family, who wish to take control of the company, which resulted in several trials and the mid it continues with the health concerns of the family’s patriarch, Brian Cox as Logan Roy, the Dundee-born billionaire founder of the media.

Succession received huge popularity among the fans. It received many awards and nominations like the Golden Globe Award for Best Television Series,  the Primetime Emmy Award for Outstanding Drama Series, and many more. And now, when the series is renewed for another season, fans are speculating on the reunion with HBO’s hilarious plot. Let’s have a closer look at all the details of Succession Season 3.

Succession Season 3 Release Date: When will it be on-air?

The most beloved and cruel family is hyped, edging ever closer with the new season. HBO Max released the official teaser of season 3. The renewal is already confirmed by the trailer, along with some hints on the release date.

Season one premiered in 2018, followed by the next installment in August 2019, airing on Sky Atlantic and HBO Max in the US. Season 3 hit production delays because of the havoc wreaked by the pandemic. But now the filming is complete, and we will continue the third season this Fall. However, the release date for the same has not been officially available yet. It was later confirmed by HBO’s chief content officer, Casey Bloys, who stated to Deadline ” that so long as we get something like a “normal world,” Succession season 3 will surely return in Quarter 4 of 2021. So we should wait for the next part to be on-air soon.

Who will be back in Succession Season 3?

All the characters had their specific roles with their charismatic performance in the previous season. Most likely, we will get the whole cast back. However, to continue the story, we may get some additional characters on the list. 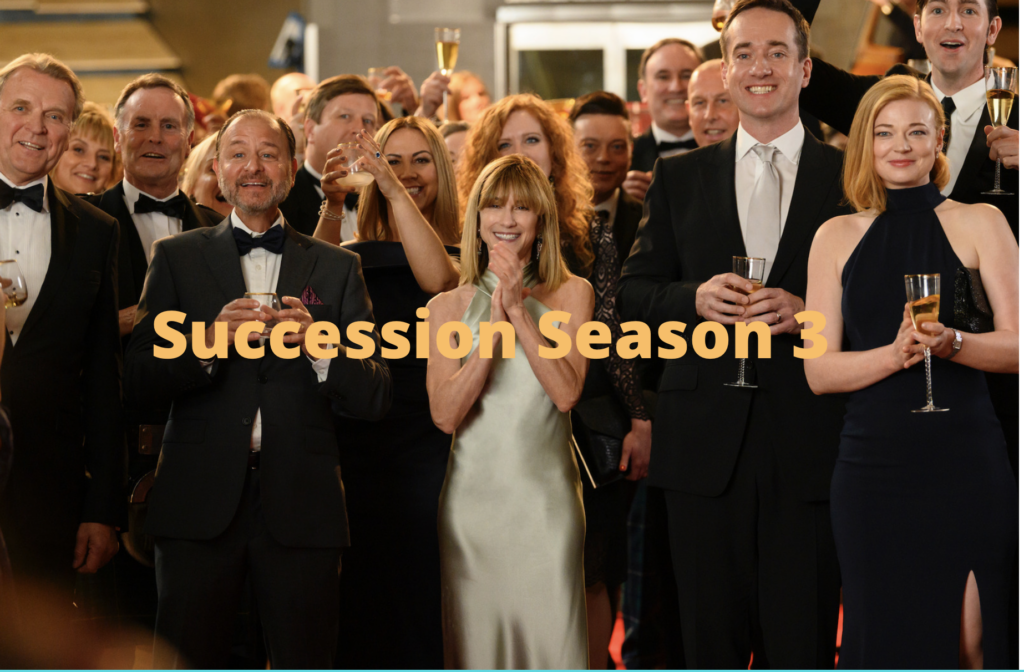 Where will the story lead us next?

The twisted narrative is going to continue more deeply in the rivalry. The story will proceed with the family rivalry of Roy. The plot is based on the lead character Logan Roy who is in a perilous position. This scrambling to secure familial, political, and financial alliances resulting in tensions rising, and a bitter corporate battle threatens to become a core of family civil war.

Season 3 will disclose the dark secrets of the family, and it will also twist the plot. Brian Cox, the showrunner, shared that the new scripts are ready to thrill you with more killer twists.

He told The Hollywood Reporter: “I nearly fell off my chair because he [Armstrong] never tells you about the next series. We never knew from episode to episode what was going to happen. But then he told me. And it’s jolly thrilling. That’s all I can say.”

Is there any trailer for season 3?

Well, the answer to this is in our favor. We already received the teaser trailer of HBO’s family drama season 3, which confirmed the renewal and engaged the audience to follow the upcoming story. It stands out to be more dramatic than before.

It revealed the story would continue with much more drama to rule over the company. You can get a glimpse of the story with Succession Season | Official here

Season 3 is going to release soon. As the show already received a great response with many awards, it was much awaited, and now it is back with more fun and twisted story. We will be back with more stories- Stay Connected.