If we talk about the best comedy-drama series of all time, it would be the Baby-Sitters Club! According to many sources, it has been confirmed that the season would come up with a fantastic season 2. The first season of this show gained accolades and huge praise from its fans! This is the reason all of us are eagerly waiting for The Baby-Sitters Club Season 2. They streamed the first season of this amazing show in July 2020, and its resounding success claims to have 100% critics ratings!

The storyline of this show is inspired by a novel of the same name that is also known as the BSC. Ann M. Martin curates it, and it was notably published between 1986-2000 period. Netflix has given the green light to the streaming of this show’s second season. However, the release date of the same is not finalized yet. However, many other pieces of information are announced for The Baby-Sitters Club Season 2. Let us get to know more about them further in this article.

What is the Release Date of the Baby-Sitters Club Season 2?

Netflix had announced the second series of the Baby-Sitters Club soon after three months of the first series. But, looks like the fans would have to wait a bit more for the official announcement of season 2’s release date. It’s because the streaming giant hasn’t confirmed the same. However, the fans can expect The Baby-Sitters Club Season 2 to air during summertime 2021, same as the release time of season one. If the Covid-19 outbreak doesn’t ruin things and things go well planned. Then the second season might come up in July 2021. 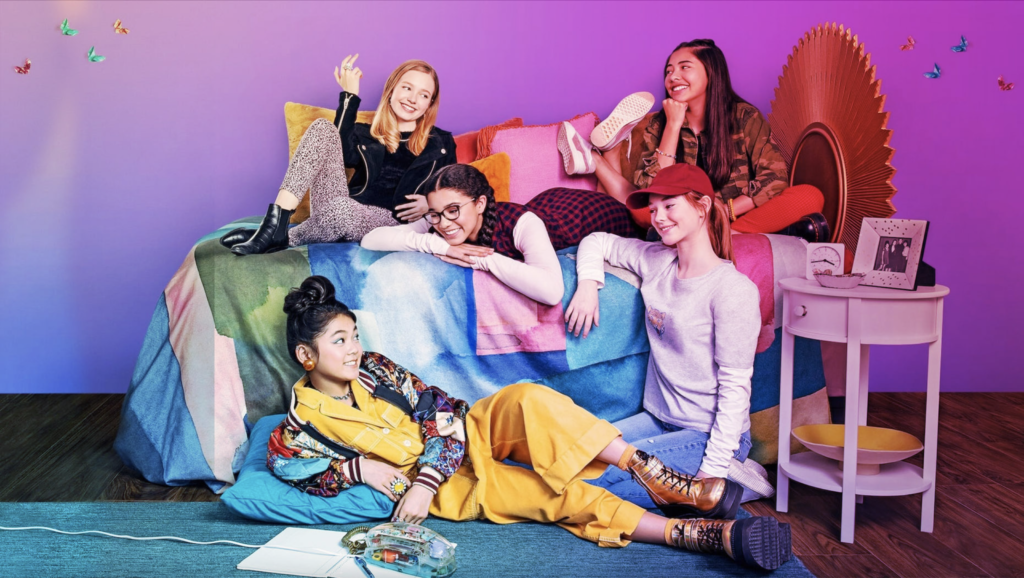 Till now, the Baby-Sitters Club novel has been able to sell out a huge figure of 176 million copies on the whole! The series is based on the same, and you can now figure out the amazing storyline. Author Martins would be serving as the show’s executive producer! How can we not expect a big boom on Netflix with such powerful and highly skilled makers with the introduction of The Baby-Sitters Club Season 2?

Season 2 would be focusing on a group of seven pre-teen girls. The group of girls will continually look for something to indulge in during summer vacations! They come up with an interactive idea of establishing a baby-sitters club. Season 1 of this show showcased the long battle amongst the babysitters and camp director Means. According to the synopsis of the next season, it will be exhibiting the adventures of Kristy Thomas, Stacey McGill, Mallory Pike, Jessie Ramsey, Dawn Schafer, Claudia Kishi, and Mary Anne Spider. These middle-schoolers would come up with the implementation of their dream to set up a babysitting business in Stoneybrook, Connecticut.

The main cast that had stolen the hearts of millions in the first season of this show would be cast in the second season. You can undoubtedly expect the return of Sophie Grace as Kristy Thomas and Momona Tamada as Claudia Kishi in the series. Apart from these two, the other significant characters you can expect in season 2 include Shay Rudolph, Malia Baker, Xochiti Gomez, Alicia Silverstone, and Mark Feuerstein.

Trailer- Is It Out Yet?

Currently, you won’t be able to spot the trailer of season 2 since it hasn’t been official yet! The fans would have to wait for some more months until the cast and crew of the show announce The Baby-Sitters Club Season 2 release date. Fans have been witnessed sharing their excitement for season 2 via their official Twitter and Instagram handles! We would come up with the news about the trailer release of this season. Thus, you can follow our website for more updates on the same.

The Baby-Sitters Club has proved to be one of the highly renowned series on Netflix! Till now, we have updated you regarding the available information about season 2 of this series. For more information on this series, you can keep on following our articles. We promise to keep you updated with the further announcements of this series.