The popular Japanese anime series The Quintessential Quintuplets season 3 is coming to Netflix, but when? It has not been decided yet. The show makers had put an official tweet in Japanese saying, “Thanks to everyone’s support, the sequel to The Quintessential Quintuplets has been finalized. Stay tuned for more details.” The show currently has two seasons, and a new movie is coming in 2022, as declared by the show’s makers.

Based on the popular manga series of the same name written and illustrated by Negi Haruba, the Quintessential Quintuplets was produced as a TV animation series and came on board January 10, 2019, produced by Tezuka Productions. The second season came a year later, backed by Bibury Animation Studios on January 8, 2021, initially scheduled for October 2020. However, due to the pandemic, it got delayed and was released in 2021.

Now that we know a film is coming in 2022, which will be a sequel to the second season of the show, there is a probability that the movie will conclude the show already, and there will not be a season 3. However, this is still a probability, and we do not know if season 3 is coming next year or a year later.

The Quintessential Quintuplets Season 3:  What Will Be The Plot?

The story of The Quintessential Quintuplets follows the story of a high school boy Futaro Uesugi who got hired as a private tutor for identical quintuplets: Ichika, Nino, Miku, Yotsuba, Itsuki Nakano, who perform poorly academically. One of the sisters will eventually become Futaro’s bride but who? It is still confidential by the producers of the show. 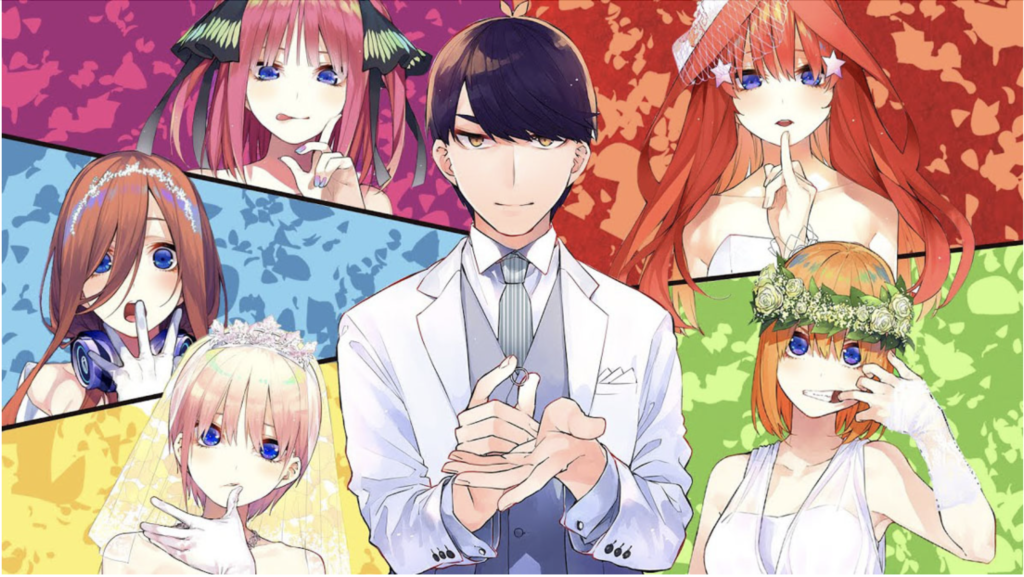 The real mystery is unveiled, but in the second season, Futaro has realized with whom he is going to marry after the kiss he received under the “Bell of Vows.” In the final scene, Futrao gets ready for his future wedding, but the bride is yet to be known.

In the recent season, we saw that the quintuplets were fighting for Futaro’s attention. When they get back to Kyoto, Futaro was told by one of the sisters that she is a young Nakano. Futaro gets confused as he gets closer to each of them eventually.

It would be interesting to find who he has set the most chemistry with and who will be his future bride. If the movie is coming next year, we are sure that we will see his future bride in the film or if that does not happen a season 3 will tell us who it will be.

The rest of the cast is as:

Why The Quintessential Quintuplets is Popular?

The Quintessential Quintuplets gained fans globally when it was on-air. Netflix released an English dub of the animation series due to its high demand.

The show received love from all over. This made creators announce the show’s third season and an animation movie as soon as season 2 concluded.

Who gets married in The Quintessential Quintuplets?

Yotsuba Nakano is presumed to be married to Futaro.

When is the movie “The Quintessential Quintuplets”  coming?

The movie will be releasing somewhere in 2022.

Is Itsuki the bride?

The author says that Itsuki is the bride. Show makers Will be revealing more info about her in season 3.