Netflix renewed the Narcos: Mexico Season 3 on October 28, 2020. Makers of the series also revealed that Carlo Bernard, a co-creator of the series, will replace Eric Newman. According to some media reports, production of the third season was to be started in early 2020. But soon canceled it as covid arrived. Now, there is no official confirmation when the production of the third season will complete.

Although Luis Gerardo Mendez, actor of this series, uploaded a picture to his Instagram on March 21, 2021, with a caption that filming for season 3 was finally over. Later on, they changed the caption. According to ET Online reports, the previous caption was”Change of mask. After 14 months, we finally finished. Thanks to all the crew and cast. A dream journey”. So we can expect that the shoot of the third season is completed yet.

However, post-production works remain to be completed. So there are high chances that Narcos: Mexico Season 3 will be released by the end of 2021. 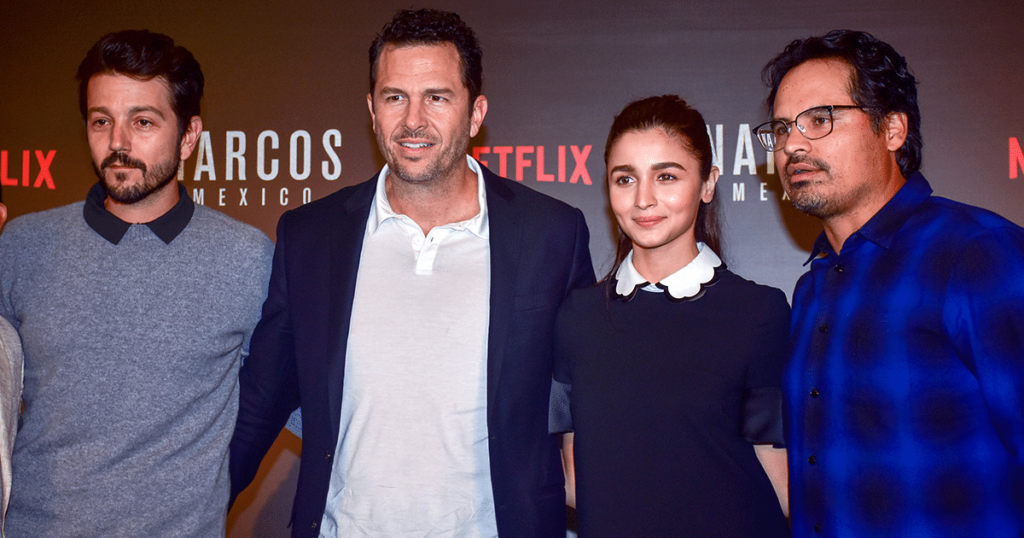 This time makers have made a significant change in the cast for the third season. In the third season, we will not see lead actor Diego Luna(Miguel Angel Felix Gallardo), who went to jail in season 2.

Benito Antonio Martinez Ocasio, AKA Bad Bunny, a famous rapper, will play the role of Arturo “Kitty” Paez, a member of the gang Narcos Juniors. In the third season, we will also see some guest stars Yessica Borroto as Marta, Manuel Uriza as Carlos Hank Gonzalez, Markin Lopez as Rogelio, Damayanti Quintanar as Hortencia. There is also some news that some characters will not return in the new season. They are Joaquin Cosio, Tenoch Huerta, and Teresa Ruiz because these characters are kept in prison in the second season.

What would be the plot of Narcos: Mexico Season3?

As we saw at the end of the second season, Miguel Angel Felix Gallardo was arrested by the Mexican Government for drug activities.

From this incident, the Government made this arrest because they want to be a part of the North American Free Trade Agreement. Walt Breslin, a top DEA agent, met Miguel in prison. Miguel warns him Mexico has to face bad consequences because of his arrest. Miguel stated that without him, the cartels would start the battle for power.

In the third season, it is highly expected that we will see the prediction of Miguel Angel Felix Gallardo is correct. After the arrest of Miguel, Mexico went into a violent gang war. Various riots are happening across the city. We will see many wars, riots, violence in the third season. We will also see that the drug empire will be divided into numerous small trusts that will fight for power.

Eric Newman, the show’s executive producer, stated that the audience would see how the new trust will be engaged in a war, bloody violence. So, it is highly expected that we will see more wars, violence, and riots in season 3 than in its previous season. So we can conclude that Narcos: Mexico Season 3 will be full of action and thrill scenes.

In an interview, Eric Newman stated to The Hollywood reporter that “As I always say, we’ll go on as long as they let us and as long as the drug war rages-which, as you know, there is no end in sight.”

Don’t miss more such updates of your favorites – stay connected with us.