EXCLUSIVE: The Greatest Showman director Michael Gracey is set to direct Better Man, a fantastical coming of age story about the unlikely rise of celebrated singer/songwriter Robbie Williams. The package is going out shortly to the Berlin buying crowd, for a film that Gracey wrote along with first-time screenwriters Oliver Cole and Simon Gleeson. The film tells the story of Williams’ ascent, exploring the experiences that made him who he is, and the demons he battled both on and off the stage as he became a huge star on the back of hits like Angels.

Jules Daly for Big Red Films (The Tomorrow War) Craig McMahon for McMahon International (Three Thousand Years Of Longing) and Gracey are producing. Production is slated to begin this summer.

Williams first became famous at 16 as a singer in the boy band sensation Take That, but really hit stride as a solo artist. It happened fast, with 11 out of 12 of his studio albums charting number one in the UK, and six of them among the top 100 biggest selling albums there. His tours are instant sellouts and he made the Guinness Book for selling 1.6 million tickets for a tour in a day. He has long been a provocative, outsized personality but strangely, about the only place in the world where he hasn’t hit superstar stature is in America, where he lives most of the time. Deadline spoke with Gracey and it’s clear the filmmaker is planning something exceptional here. He keeps certain details secret, but after all he surprised many with the blockbuster success of his musical on P.T. Barnum, and has aspirations for a repeat. You might glean some clues through his vision for the movie that he describes below.

Gracey said the movie came out of hours of free flowing conversations he had with Williams, a process that started after The Greatest Showman in LA and London, and lasted a couple years to find the handle on a movie. Williams’ hit tunes are part of the film package, but when I asked the filmmaker how Williams will be represented onscreen, and whether he himself will be in the film, Gracey got a bit cryptic.

“As for how we represent Robbie in the film, that bit is top secret,” Gracey said. “I want to do this in a really original way. I remember going to the cinema as a kid and there were films that blew me away and made me say as I sat there in the cinema, ‘I’ve never seen this before.’ I just want the audience to have that feeling. It’s so important when they watch this story, and look at the screen, that they literally think, I’ve never seen this before. All I can say is the approach is top secret, but the goal is to generate that feeling I just described. It’s this fantastical story, and I want to represent it in its harsh reality all the way to these moments of pure fantasy.”

Whether he is in it or not, Williams’ personality, ambition and insecurities will be on full display, unearthed in those long conversations. It will be different from recent musical movies like Bohemian Rhapsody and Rocketman in that Williams did not come in a prodigy like Freddie Mercury and Elton John.

“Unlike some people who were born prodigies or musical geniuses and you follow the narrative of the world catching up to their brilliance, this isn’t that story,” Gracey told Deadline. “Robbie is that Everyman, who just dreamed big and followed those dreams and they took him to an incredible place. Because of that, his is an incredibly relatable story. He’s not the best singer, or dancer, and yet, he managed to sell 80 million records worldwide. You can relate to the guy who doesn’t see himself as having any extraordinary talent, even though of course, he does. What he did have is the will, vision and confidence to say, I’m going to pursue my dream. For us as an audience, it’s a window into the world, of what if we just went for it and chased that impossible dream that so many of us put to one side.”

The film will include the low moments, including making it and thinking the out-sized fame wasn’t deserved.

“At moments when he was having that success, no one is more critical of him than he is. There’s a bit of that in all of us who when they get acknowledgement, feel like a fraud. It’s psychological and internal, but everyone looks in the mirror and finds fault with themselves, no matter who you think you are, and especially in your teenage years. Robbie had incredible fame at age 16, and they often say and I do believe it is true, you stop your emotional and mental maturity at whatever age you become famous. You look at people who get fame at a young age, and all the challenges that make you grow, all the things that you should have to deal with on an emotional level, they get taken care of or pushed to one side. You have a mechanism around you that allows you to stay immature, that allows you to get what you want, have a tantrum. That doesn’t happen for the rest of us. It is interesting to watch someone who has all this at 16, and kind of stays 16 his whole life. This whole script was born of hours of Robbie and myself getting together at this recording studio he has at his house. We would just leave the mic on record and chat for hours. Some sessions weren’t great and in the last five minutes he would say something that was so honest and truthful, it blew my mind. I would think, if I was writing a script, I could never come up with a line as brilliant as that.

“When I was talking to him, the details of what was going on inside him when something completely different might have been taking place around him, not only is it unique, it’s an interesting way to come at a musical biopic,” Gracey said. “It’s because he has such a unique way of talking about his life, and he was so open about it. If we can present it in an original way it would reflect how original this is, but also, how relatable it is. It’s not often you can tell extraordinary fantastical stories that everyone can relate to. There is a bit of that in the superhero narrative, like I’m an every person and I discover something and get this incredible superpower. That is a fantasy we all subscribe to. It is interesting when you can access that when it comes to a rock star.”

Back to the music.

“All Robbie’s songs will be re-sung, for the emotion of the moment,” he said. “If in his life he’s in the depths of despair, he’s not going to sing a song as cabaret flamboyant showmanship; it’s going to be broken, acapella, stripped down, because that’s where he is emotionally. In moments of pure joy, you’ll get songs sung in this whirlwind of hysteria. So essentially every song in the film, Robbie will sing, but it will be performed for the emotion of that moment, and that scene.”

As for why Williams never soared in America as he did most everywhere else in the world, Gracey believes it can be an ally to the film in the U.S.

“All the round the world, he is massive here in Australia and massive in Europe, and for whatever reason, he didn’t crack that U.S. market,” Gracey said. “Which is why he lives there, because he is able to go down the street and he not have his clothes torn off him. I look at it like, everywhere outside the U.S. people are going to hear these songs and they’re going to know every single one of them. Inside the U.S., they hopefully will greet it the same way as when they met The Greatest Showman. They didn’t know those songs, and yet people fell in love with them and made them their own. I think it will be the same with Better Man. They will be meeting the music for the first time and it’ll be really beautiful, because it will be in the context of the narrative of the film.”

I suggest that if the movie lives up to Gracey’s great expectations, Williams might well be unable to walk down any street, even in America where he lives.

“That would be my hope, but I don’t think it’s necessarily his hope,” Gracey said. 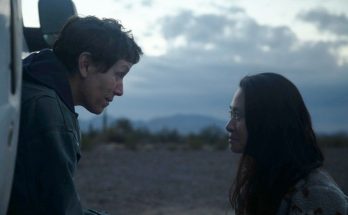 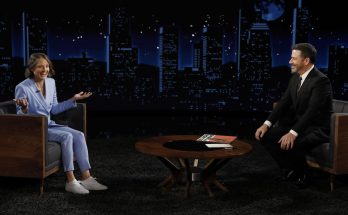 Anya Taylor-Joy Scores First Career Golden Globe For ‘The Queen’s Gambit,’ Thanks Creator Scott Frank “For Trusting Me With Beth”