Unlike Missouri’s first matchup against Ole Miss this season, the Tigers came up with an answer for an early second-half run by the Rebels. Missouri trailed by as many as 13 points in the final 20 minutes but used a 15-2 run across six minutes to not only erase the deficit but take their first lead of the game with 9:25 to play.

But the Tigers couldn’t cap off the comeback as their offense faltered down the stretch. Missouri made just two of its final nine shots and at one point had five straight empty possessions inside the final three minutes. Ole Miss finished the game on a 10-3 run to win 60-53.

The loss marks Missouri’s fourth defeat in the past five games and drops the Tigers back to .500 in conference play at 7-7. Here’s our recap of the loss, including what we learned.

* Normally, Cuonzo Martin said after the game, Missouri prides itself on its ability to beat zone defenses. But the Ole Miss zone, which morphed into more of a 2-3 than the Rebels’ usual 1-3-1 late in the game, flummoxed the Tiger offense during crunch time. After Missouri tied the game at 50-50 with 3:01 to play, the Tigers forced an Ole Miss turnover to get the ball back. The team’s next four possessions ended with a turnover, a missed pull-up jumper by Dru Smith, a heavily contested three by Smith late in the shot clock after the ball never made it inside the three-point line, and then another turnover. After that stretch, Ole Miss led 58-50, and the game had been decided.

Martin credited Ole Miss coach Kermit Davis for mixing up his defenses late, sprinkling man-to-man looks in with the zone, which confused Missouri and caused it to use more of the shot clock than Martin would have liked. Ultimately, he said the Tigers needed to be more aggressive in trying to get the ball inside late in the game.

“What happened late, we had a play call, they were in zone, but once the pass was made, they went man,” Martin explained. “So they kind of had our guys at a pause. … But more than anything, be aggressive and attack the rim. I thought we just stood around on the perimeter instead of attacking the rim.”

That lack of assertiveness in getting the ball around the rim was an issue throughout the game for Missouri. Twenty-three of the Tigers’ 57 field goal attempts came from behind the three-point arc. They made just seven. Meanwhile, Jeremiah Tilmon and Kobe Brown found success around the rim, especially during the team’s second-half run. They scoring a combined 22 points. Martin said he would have liked to have seen Missouri play through the post more, and also be more aggressive in looking for transition scoring opportunities. Missouri scored just two fast-break points.

“Thought we didn’t push the ball in the first half, weren’t aggressive in pushing it, and that was the main thing we talked about offensively, outside of running plays and all that,” Martin said. “Push the ball up the sidelines and make plays. And we didn’t do that.”

Missouri found some offensive success in the second half, in large part by forcing the ball into the low post more often. The Tigers made six of eight field goals during their run to tie the game. But Ole Miss countered with its adjusted zone, and Tilmon said the Tigers got too stagnant.

“We was holding the ball for too long,” Tilmon said. “I feel like that was our biggest thing. Like I said, in the zone, we was catching the ball in great positions, and we was just holding the ball, just looking around instead of just attacking the basket, and it hurt us at the end.”

* Part of the reason for the offensive struggles was the play of Missouri’s leading scorer. Xavier Pinson scored just two points on one-of-nine shooting. During Pinson’s 26 minutes of playing time, Missouri got outscored by 15 points.

Asked about Pinson’s performance, Martin offered a similar refrain. He said Pinson wasn’t assertive enough, settling for too many outside jumpers rather than driving to the basket. He also mentioned Pinson as a player who needed to be more involved in pushing the pace.

“I didn’t think X was very aggressive, even though he took nine shots,” Martin said. “I didn’t think he was aggressive in attacking. I think he probably settled for some on the perimeter instead of getting downhill, getting in the lane and making plays, if not for himself, for other guys.”

Pinson actually spent the entirety of Missouri’s 15-2 run in the second half on the bench. In fact, Drew Buggs finished a team-high plus 12 points in just 10 minutes. Asked whether he considered putting Buggs into the game during the final few minutes, Martin said he did, but he stuck with Pinson because of his offensive ability. Buggs didn’t score Tuesday, missing both of his field goal attempts.

“X is more of a scorer, with the mentality to score when it’s late like that,” Martin said. “But it was certainly thoughts (of playing Buggs), yes.”

* Missouri’s other point guard, Dru Smith, didn’t have his best night, either. Smith, generally an efficient offensive player, finished the game with nine points on 3-12 shooting. He took eight three-pointers and made just two.

Martin said he was fine with Smith’s approach to the game, he simply missed some shots he usually makes. He noted that Missouri put Smith at the free throw line, where most teams would play a post player against Ole Miss’ zone defense, during its run in the second half. And Smith did dish six assists. But a rough end to the game tarnished his night. During the final three minutes, Smith missed all three of his field goal attempts and had a turnover.

* Tilmon and Brown provided the bright spots for Missouri. Brown saw his playing time limited in the first half after he picked up two fouls in the first three minutes of the game, but he was perhaps the biggest catalyst for the Tigers’ second-half rally. Brown played 17 of the final 20 minutes and scored 11 of his 12 points and grabbed all 12 of his rebounds after the break.

The performance continued a hot streak for Brown, who has now scored at least 12 points in three games in a row. Martin said the team felt like he had an advantage any time Ole Miss covered him with just one defender around the basket.

“We felt like there was an opportunity for him to score,” Martin said. “Especially when (Tilmon) was out of the game, get around the rim, they didn’t double him, and I thought he had some good opportunities around the basket. He made some good plays.”

Tilmon also played a role in chipping away at Ole Miss’ lead. The big man finished with 10 points and 10 rebounds, his seventh double-double of the season. He also had four blocks.

Unlike Saturday’s perfect shooting game at South Carolina, however, Tilmon’s performance wasn’t sterling. He missed a few looks around the rim, including one dunk, and committed three turnovers. Martin said Tilmon looked a bit fatigued after spending about a week away from the team due to the death of his grandmother. He played 30 minutes Tuesday compared to 21 at South Carolina.

“I thought he was solid,” Martin said. “I mean, I didn’t think it was his best effort, but I thought he was more fatigued tonight. This one probably caught up with him with having a layoff, so I thought fatigue played a factor in him tonight.”

* Saturday’s win provided a glimmer of hope, but in reality, a victory over the reeling Gamecocks doesn’t count for much. Overall, Missouri is still trending in the wrong direction. The Tigers have lost four of their past five games and plummeted from alone in second to tied for seventh in the SEC standings.

Missouri has lost some of its mojo in close games, although that might simply be the law of averages. The team won its first five games this season that were decided by five points or fewer but lost such a game at home against Arkansas on Feb. 13. Tuesday’s game didn’t quite meet that qualification, but it was tied with less than two minutes to play. Ole Miss also has the Tigers’ number. The Rebels have now beaten Missouri 15 times in 18 meetings between the two programs.

The Tiger players said the right things after the win, but Missouri is running out of opportunities to reverse its momentum prior to the start of the postseason.

“Mentally, we’re just trying to move on to the next thing and not dwell on the past, but of course it’s going to affect us when we know we want to win those games and we expect to win those games,” Tilmon said. “But we got to just keep moving forward.”

“Everything’s positive,” said Mark Smith. “We’re just trying to fight the rest of the games this year and finish out the season strong. I think everyone in the locker room is on the same page.”

ROOM FOR IMPROVEMENT: Missouri’s entire offense struggled for most of the game. But the team’s free throw shooting is becoming a chronic issue. The Tigers only attempted 11 free throws Tuesday as the officials generally let both teams play, but they made just six of them. It marked the seventh time in the past nine games that Missouri has shot worse than 70 percent from the charity stripe. After shooting 78.0 percent from the line last season, Missouri is down to 69.6 percent this year.

STAR OF THE GAME: Brown wasn’t much of a factor during the first half, but without him, Missouri likely never makes the game competitive. Brown scored eight of the Tigers’ 15 points during the team’s second-half run and also took a charge on the defensive end. His recent emergence has given the team a viable second scoring option down low in addition to Tilmon.

WHAT IT MEANS: Not only is Missouri trending in the wrong direction, the Tigers are running out of opportunities to bolster their resume. As of now, the team has just two games remaining on its regular-season schedule, one of those being at home against a Texas A&M team ranked No. 135 in the NET. And that game is in doubt, too, with the Aggies not having played a game since January due to a COVID-19 outbreak. Asked about the status of the matchup, currently scheduled for Saturday, Martin said he hoped to know more “tonight or tomorrow.” 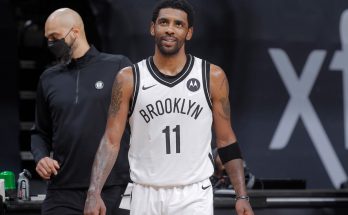 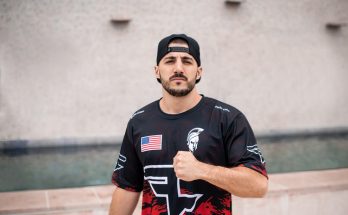 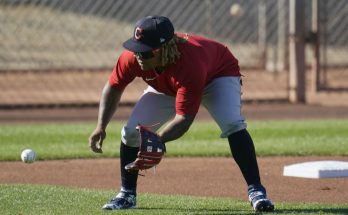