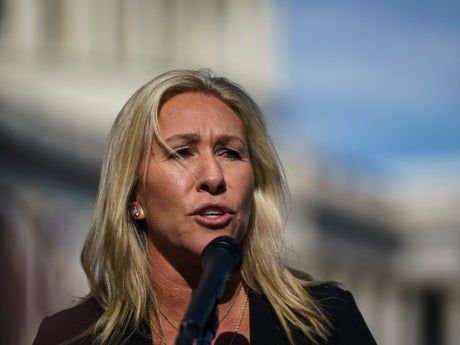 Marjorie Taylor Greene, the far-right Georgia representative who was was stripped of her committee assignments this month for a history of controversial statements, filed amendments on Tuesday attempting to wholly replace the Equality Act, a proposed civil rights bill that would outlaw LGBTQ+ discrimination.

“I’ve introduced these amendments to the so-called ‘Equality’ Act in order to stop this Democrat attack on girls, churches, and believers,” she said in a statement.

The proposed changes, which Ms Greene called “America First amendments,” echoing one of former president Trump’s slogans, would entirely replace the bill with one that prevents trans women and girls from participating in women’s sports, exempts churches and other non-profits from the anti-discrimination bill, and, even more broadly, allow people to sue the federal government “if their religious rights are violated.”

Introduced last week, the bicameral Equality Act would prohibit discrimination based on sexual orientation or gender identity in areas like housing, employment, and education, in the same way racial and sex discrimination is already outlawed at the federal level. The proposed bill would update landmark civil rights laws like the Civil Rights Act of 1964 and Fair Housing Act to reflect this broader conception. More than half of states don’t explicitly have discrimination protections on the basis of gender identity and sexuality.

“Our nation was founded on the promise that all are created equal and are worthy of dignity and respect, regardless of who they are or whom they love,” House Speaker Nancy Pelosi said in a statement at the time. “With the reintroduction of the Equality Act, Congressional Democrats are making a resounding commitment to this truth: that all Americans must be treated equally under the law, not just in the workplace, but in every place.”

Some prominent Republicans like senator Mitt Romney have voice opposition for the bill as it’s currently constituted, arguing it needs stronger protection for people whose faiths are opposed to same-sex marriage and LGBTQ+ rights.

Ms Greene is among them, and she has a history of criticizing and casting doubt on the legitimacy and rights of transgender people as a whole. She did not respond to a request for comment fromThe Independent.

In her statement announcing the amendment, Ms Greene said the changes were necessary to stop “biological males”—a derogatory way to refer to trans women—from joining in athletic activities.

In early February, she co-sponsored legislation, the Old Glory Only Act, that would ban US embassies from flying the LGBTQ Pride Flag, after the Obama and Trump administrations went back and forth over the practice, with Mr Obama allowing it in 2015 and Mr Trump revoking it in 2019.

In January, she co-sponsored a similar bill, the Protection of Women and Girls in Sports Act, seeking to keep trans people out of sports matching their gender identity.

“As a former competitive athlete and a mother to a daughter who is a D1 collegiate athlete, I staunchly oppose biological males in girls/women’s sports, locker rooms, and bathrooms,” Ms Greene said in a statement at the time. “This completely violates women’s rights in every way. Women’s sports should be women’s sports.”

Prior to being elected, Ms Greene called a drag queen an “abomination,” and essentially declared that all trans people are wrong, once writing on Facebook that, “Trans does not mean gender change, it just means a gender refusal and gender pretending! Truth is truth, it is not a choice!!!”

Under the new administration, LGTBQ+ rights have been a major focus, with president Biden ending the Trump administration’s trans military ban, nominating the first openly transgender official in the history of the federal government to serve in a top health post, and signing an executive order that the federal government should interpret recent Supreme Court precedent to make rules that anti-sex discrimination policies include LGTBQ+ people.

The Republicans vying to replace Trump, from Ted Cruz to Marjorie Taylor Greene 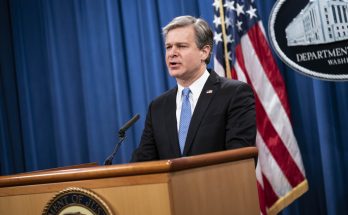 FBI director to testify for first time since Capitol riot 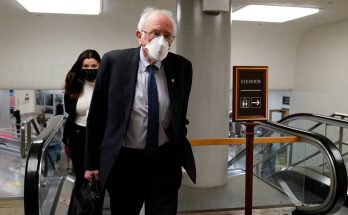 Why stop at $1,400? These Democratic senators want Biden to back recurring stimulus checks