ABUJA, Nigeria—The seven personnel of the Nigerian Air Force (NAF) who died in a fatal plane crash in Nigeria’s capital, Abuja, on Sunday were close to discovering the location of dozens of students abducted by gunmen from their school in north-central Nigeria last week, two senior military sources told The Daily Beast.

The crew—led by Flight Lieutenant Haruna Gadzama, the aircraft captain, and Flight Lieutenant Henry Piyo, the co-pilot—had been in Minna, the capital of Nigeria’s north-central Niger state, for days conducting intelligence gathering missions in connection with concerted efforts to secure the release of 42 people, including 27 students. The group was abducted last Wednesday, when gunmen in military uniforms raided the Government Science College in Kagara, killing one student in the process.

On Sunday, the officers received intelligence regarding the location of the abductees. According to the two military sources, they quickly flew to the Nnamdi Azikiwe International Airport in Abuja to refuel their Beechcraft KingAir B350i aircraft. They were on their way back to Minna when the NAF said the plane reported engine failure and crashed as it attempted to return to Abuja, killing everyone on board.

“They had a clue of where the students were located at the time and were preparing to survey the area when the crash happened,” one of the military sources, an officer from the NAF, told The Daily Beast. The source added that, had the incident not occurred, he believed the air force officers “would have been able to report the exact location of everyone kidnapped from the Kagara school.”

News of the plane crash created anxiety across Nigeria and led to rumors on social media that the aircraft may have been deliberately touched by actors looking to get rid of the seven officers, described by the NAF in a statement as “well-trained” and “dedicated personnel.” The country’s Chief of Air Staff Isiaka Amao on Sunday ordered an “immediate investigation” into the death of the officers, who had conducted intelligence gathering operations across the entire region of northern Nigeria, including the northeast, where ISIS-backed militants and Boko Haram operate.

“We should remain calm and wait for the outcome of investigation by the military,” Nigeria’s minister of aviation Sirika Hadi Tweeted on Sunday, appearing to address rumors swirling around the cause of the crash. Nigerian authorities have often been accused of protecting armed groups affiliated with the Fulani tribe from the predominantly Muslim northern region of Nigeria, where President Muhammadu Buhari is from. Most of the officers killed in Sunday’s plane crash were from southern Nigeria, a predominantly Christian region.

“The investigators will look at every possible cause of the crash including foul play,” another military source told The Daily Beast. “I’m sure that the new Chief of Air Staff [who was appointed late in January] would want to get to the bottom of the matter.”

It’s not the first time the death of experienced NAF officers at the forefront of the fight against dangerous militants leads to an inquiry.

Last year, the country’s first-ever female combat helicopter pilot Tolulope Arotile was killed from the impact of a reversing vehicle that had crashed into her, raising suspicion across Nigeria that she was murdered. According to the NAF, Arotile was “inadvertently hit” by “an excited former Air Force secondary school classmate while trying to greet her” inside the NAF base in the northwestern city of Kaduna. The 24-year-old had just returned from an operation the military named “Gama Aiki” in Niger state, where she was deployed in the fight against ISIS-backed militants and other criminal gangs, referred to locally as “bandits,” by flying combat missions. Her final combat mission in northern Nigeria was devastating for the terrorists she targeted.

Like Arotile, the seven NAF personnel killed in the crash on Sunday had been key actors in the fight to rid northern Nigeria of bandits and jihadists. According to the NAF, “in the course of conducting Intelligence, Surveillance and Reconnaissance missions,[the officers] had operated in virtually all theatres, including the North-East, North-West as well as the North Central.” Records show that they were flying in one of the NAF’s three Beechcraft King Air 350is, and were undoubtedly some of the most experienced and reliable in the Air Force, which said it has been dealt a huge blow by the loss.

“The NAF would find it difficult to replace the personnel based on their training and experience acquired over the years,” Ibikunle Daramola, NAF Director of Public Relations and Information, said in a press release on behalf of Chief of Air Staff Amao on Monday. “The Service was nevertheless consoled by the fact that the deceased personnel gave their utmost in service to the nation.”

Read more at The Daily Beast.

Get our top stories in your inbox every day. Sign up now!

Daily Beast Membership: Beast Inside goes deeper on the stories that matter to you. Learn more. 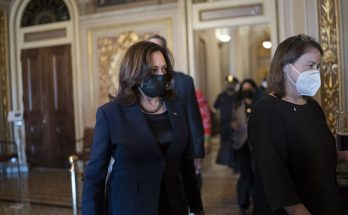 By slimmest of margins, Senate takes up $1.9T relief bill 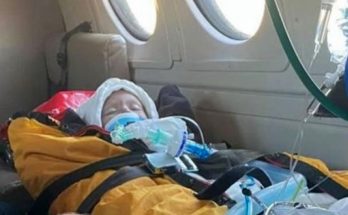 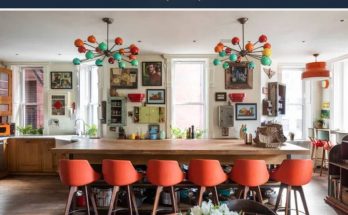