Aventa is a new electric bike with a secret: its battery is removable despite the clean design.

London-based Furosystems just launched the Aventa series of pedal-assist e-bikes into the European market. A more powerful US model is planned for later this year, or early in 2022 if the double whammy of Covid and Brexit creates undue complications.

Aventa is sold in three variations, with the first deliveries starting in mid-March. Each model is priced to include all the accessories needed for typical urban commuting: mudguards, bell, luggage rack, kickstand, and front and rear lights. The standard Aventa ships with a 10.4Ah 375Wh battery, hydraulic disc brakes, and full-sized LCD display for €1,799. If you want more range, then you can opt for the Aventa Max, which costs €1,999 and has a bigger 14Ah 504Wh battery. The Aventa Pure is the entry-level model. It lowers the specs with mechanical disc brakes, a tiny 7.8Ah 281Wh battery, and a miniature LCD display. That also lowers the price to €1,599, which compares favorably to commuter e-bikes from Cowboy (starting at €2,290) and VanMoof (starting at €1,998), and city bikes like the Muto (starting at €1,799).

It’s the entry-level Aventa Pure model I’ve been testing for the past month in frozen Amsterdam. 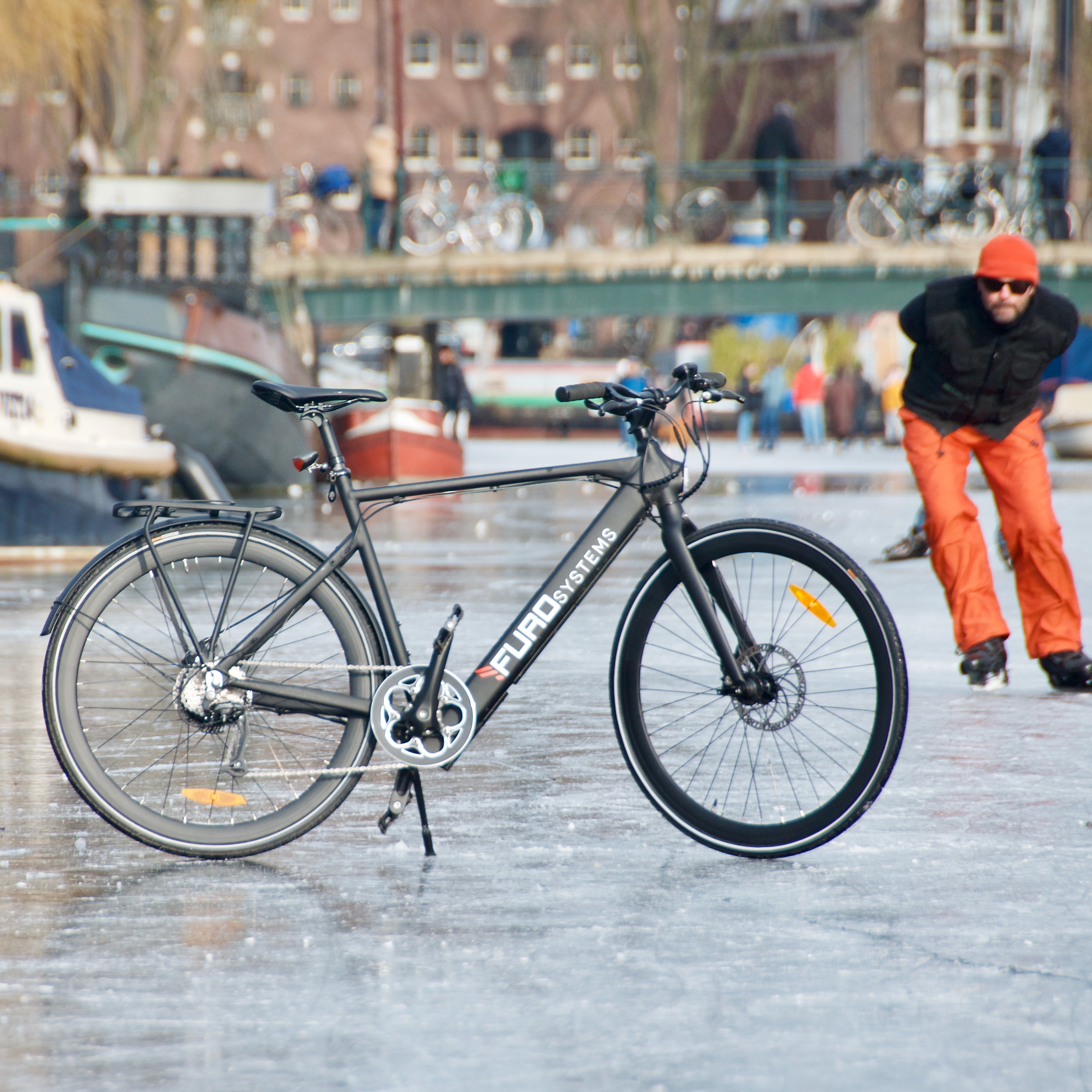 The News Conduct is always on the hunt for affordable and attractive electric commuter bikes. But they need to be from reputable companies. After all, if you’re going to spend a couple of grand on an e-bike meant for daily use then it had better be reliable and serviceable for years to come, not sold by some fly-by-night operator on Amazon or Indiegogo that’ll go bust just as soon as you need to make a warranty claim.

Furosystems appears to be a company with staying power. It recently raised £750,000 (about $1 million) from investors ahead of the Aventa launch. That’s pennies compared to the recent funding rounds by Rad Power Bikes ($150 million), VanMoof ($40 million), Cowboy ($26 million), and Super73 ($20 million), but CEO Eliott Wertheimer tells me that the company was already profitable before the November funding round. In addition to the new Aventa e-bikes, Furosystems already sells Fuze scooters and the Furo X folding e-bike.

Last year Furosystems did 60 percent of its sales in the UK, according to Wertheimer, with the remaining 40 percent split across France and Italy. This year the company is planning to grow sales from about 3,000 units to 10,000 by expanding into Belgium, Germany, and the Netherlands. Aventa e-bikes are being assembled in Portugal with components sourced from around the world. Wertheimer tells me that his ultimate goal is to design and manufacture every part themselves, but to do that now would be too costly.

The Aventa Pure e-bike I’ve been testing is built for European roads. That means a motor with 250W of continuous power (and 500W peak) and a top speed of 25 km/h (15.5 mph). That speed is fine in congested city centers, but too slow for anyone commuting along lonely roads or protected rural bike paths for any great distance. Mind you, that’s criticism of European transportation policy, not the Aventa.

Furosystems does provide instructions to override the speed limit “to comply with local regulations,” requiring just a few taps on the buttons surrounding the LCD display. With that tweak the Aventa will reach a top speed of between 32 km/h and 36 km/h depending upon the rider’s size, I’m reliably told. But I was a good boy for this review. While I confirmed the speed hack was legit (and thrilling), I stayed within the European limits for my testing now that police are increasingly cracking down on illegally fast e-bikes in cities throughout Europe.

Furosystems says that the Aventa Pure’s 281Wh battery is capable of more than 40 km (25 miles) of range. In my testing, on long stretches of uninterrupted rural roads, I’ve already gone well beyond that estimate since I’m often pedaling at speeds greater than 25 km/h. At those speeds the motor is just idling as it’s not needed to supply power to the pedals. As a result, my battery says it’s still more than 50 percent full after 47 km (29.7 miles) of riding, despite riding at the max of five pedal-assisted levels.

Although the Aventa lacks any kind of throttle or boost button, the sturdy little Bafang motor fitted to the rear wheel hub was able to flatten the steepest hills I could find (which aren’t anywhere close to San Francisco steep) thanks to its ability to generate 500W of peak power.

When riding in stop-and-go traffic, power is provided smoothly and evenly to each downstroke of the pedals despite the lack of any torque sensor like you’ll find on more expensive e-bikes. On flat surfaces, I barely used the nine speeds allowed by the Shimano Altus derailleur. But those gears definitely came in handy when trying to start under heavy loads on inclines or when getting some exercise at top speeds.

The Aventa puts the rider into a somewhat sporty forward lean on a saddle you’ll want to replace if regularly riding long bumpy distances. The ride is almost silent, disrupted only by a thin rattle when riding over some of the bumpiest brick roads I could find. While I wasn’t able to pinpoint the exact source of the rattle, it did go away when I rode without the battery installed.

Removing the battery is an easy, but awkward, procedure as it’s locked into place by a key at the base of the downtube. To extract it the bike has to be laid unceremoniously onto the ground. You can also flip the bike upside down, but at 16.5 kg (36 pounds), the Aventa may be relatively lightweight for a fully loaded e-bike, but it’s definitely not light. Nevertheless, being able to remove the battery for indoor charging is a necessity for many city dwellers who don’t have the space, or strength, to lug a hulking e-bike up narrow stairs to an apartment.

Now, about the cable management. The Aventa Pure e-bike sent for review has far too many exposed cables and connectors for my liking. Fortunately, that’s being fixed for anyone preordering an Aventa today, as the bikes being manufactured now for delivery starting mid-March will route the cables through the frame. While integrated cabling certainly looks better, the exposed cables and connectors on my review bike make it more modular and therefore easier to service whenever a part needs replacing.

My review unit arrived with a smashed headlight, for example, caused by a clumsy courier. Furosystems sent me a new assembly which I was able to install myself by releasing a pair of screws and unclipping the damaged unit. It took all of two minutes. Ease of repair is an important consideration for a young direct-to-consumer company that lacks a sophisticated global repair network. Shipping a busted e-bike to a foreign country for service is no fun for anyone, least of all the owner. Just ask early adopters of the VanMoof S3.

Wertheimer tells me that Furosystems is constantly iterating and taking on customer feedback, and is willing to switch back to the external cabling if customer surveys suggest a strong preference.

Other notable specs and observations:

The entry-level Aventa Pure is a lot of bike for the price, coming in at €400 less than the VanMoof S3, which has become a benchmark of sorts for commuter e-bikes. The Aventa Pure also has a removable battery unlike the S3, and that might make all the difference for many buyers. True, the Aventa Pure doesn’t have all the gee-whiz features you’ll find on premium e-bikes at €2,000 and above. But expensive features like integrated security, theft recovery, at-home servicing, crash detection, and apps that can recommend the least polluted bike routes are ultimately just nice-to-haves, not critical functions of an electric bike.

The Furosystems Aventa Pure is an attractive, inexpensive, and bare-bones e-bike for commuters. It will get you from A to B and back safely and reliably, and likely well into the future. And honestly, what more do you need?

The Aventa Pure is a great icebreaker for anyone wanting an introduction to e-bike commuting.

News Conduct has affiliate partnerships. These do not influence editorial content, though News Conduct may earn commissions for products purchased via affiliate links. For more information, see our ethics policy. 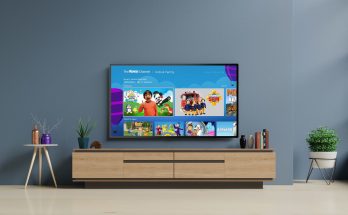